Initial Dex Offering launchpad provides a novel way for cryptocurrency companies to raise capital. If you’re active in the crypto world, you may be well aware of specific crypto world projects that have made their way into the community’s authenticity and reliability list by launching from IDOs, i.e., AdLunam, Raven Protocol IDO, etc.

With their unique approaches, specific successful IDO launchpad projects launched in the Web3 industry have become trusted platforms for cryptocurrency investors and traders.

But what is an IDO platform, and how does it offers a beneficial approach for such projects to earn community trust with its features and succeed? Without further ado, let’s dive into those details! 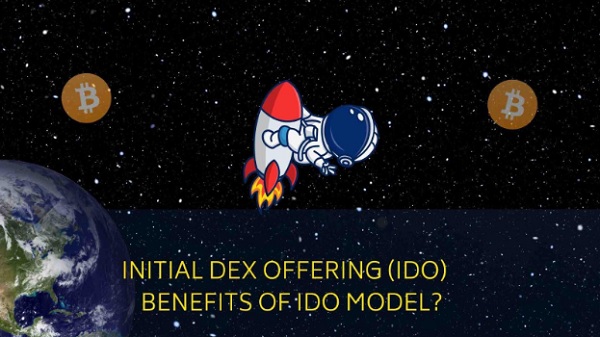 What are IDO Crypto Launchpads?

An initial DEX offering, also known as an IDO platform, is a brand-new and innovative sort of decentralized and permissionless crowdfunding platform that opens up a new way of acquiring capital in the cryptocurrency industry.

When a project announces that it will be establishing an IDO launchpad, it indicates that the project will be releasing a currency or token through a decentralized liquidity exchange. Tokens, such as cryptocurrencies and stablecoins, may be traded between buyers and sellers on this cryptocurrency asset exchange, which relies on liquidity pools. For example, the pair USDT/ETH is considered a liquidity pair.

There is a list of forthcoming, current, and completed projects raising funds on the ICO calendar that CoinMarketCap provides. The projects are divided into several categories according to the different stages of their funding campaigns, which include the IDO model, IEO, private sale, public sale, and crowd loan. IDO platforms have been used in funding projects over the previous few months as of August 2021, which may indicate the growing popularity of this way of fundraising.


IDO Platforms vs. ICO, STO, and IEO: Is It a Better Model?

Initial coin offers (ICOs), security token offerings (STOs), and initial exchange offerings (IEOs) have been superseded by initial debt offerings (IDOs), which are the next generation of cryptocurrency fundraising strategies (IEOs). IDO launchpad is a fantastic solution for new projects and businesses eager to create a token and access rapid money since its mechanisms offer better and more instantaneous liquidity at any price level.

In contrast to the previous unfair fundraising methods, IDO platforms are generally considered a fair way to launch a new crypto launchpad project because they avoid pre-mines. This issuance system favors project founders over community members.

In July 2013, the Mastercoin Initial Coin Offering was the first-ever ICO. In 2014, Ethereum conducted a token sale to generate funds. During the first 12 hours, 3,700 BTC were acquired, which was approximately comparable to $2.3 million at the time.

On April 17, 2019, the initial coin offering (IEO) took place, and it was launched on the Idax, BitForex, Bit-Z, and Bit-M exchanges. On the other hand, in June 2019, Raven Protocol announced that it would launch the very first IDO token and that it would be listed on Binance DEX.


How Does IDO Model Work?

IDO Model Advantages: What Makes it a Better Fundraising Approach?

Liquidity refers to the ease with which buyers and sellers can transact on the market. Precisely speaking, it refers to how quickly you can get your hands on the money. Because the project’s token can now access rapid liquidity within the IDO or platform model, this environment may benefit the token price.

Accessible and Fair Fundraising for Everyone

When using the approach of token offers, it has been noticed that as soon as the token sale is made public, private investors buy a significant number of tokens at a lower price. This phenomenon is typical of the method. They intend to make a substantial profit from the resale of these tokens to the general population. Therefore, companies, especially startups, do not require a centralized exchange or permission to begin the fundraising event when using the IDO model fundraising technique. This is a significant benefit. Private investors are not the only people who can establish or participate in IDO crypto.

The token can be traded right away is yet another advantage offered by IDO cryptocurrencies. Investors can buy their tokens at a lower price when the ICO is first announced and then resale them at a higher price during the Initial Distribution Offering (IDO). For instance, the initial price of a token was $0.26, but it almost instantly shot up to around $2 during the fundraising for the UMA protocol.

To some extent, the Initial Dex Offering (IDO) strategy has been established to address the concerns of its predecessors’ ICO, STO, and IEO. It does work to generate cash thanks to its decentralized exchange concept, which eliminates the requirement for authorization to host a fundraising event.

However, it creates openings for whales and fraudsters to exploit, impacting token issuers with difficulties such as quick price volatility.

The next stage of cryptocurrency funding is undoubtedly the Initial Dex Offering, abbreviated as IDO crypto or IDO. But it still has a lot to exclude the drawbacks of an IDO cryptocurrency platform. Similar to how it is essential to include control mechanisms into the IDO token platform that is already in place. This may make eliminating fluctuations in the price of tokens easier until the fundraising effort is complete. Additionally, issuers can acquire additional influence over the purchasing of tokens if they comply with KYC standards.

1. An Extensive Guide To Cryptocurrency Exchange Platforms
2. How to Create a Crypto Exchange Service
3. Cryptocurrency Alternatives to Bitcoin for Payment Gateways
4. Binance Review – One Solution for all Crypto Needs
5. 14 Bitcoin Security Tips To Keep Your Coins Safe