Here you will find the latest Bitcoin news and stories. Read the most recent news on bitcoin mining, price, wallets, exchanges 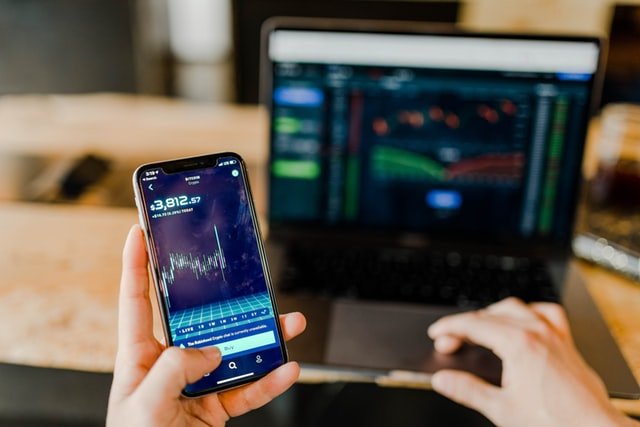 Binance is partnering with Paysafe to launch a pilot program for depositing and withdrawing euros via the SEPA payment network, which will take effect on 26 January 2022 (UTC). Users are selected to participate in the pilot program based on a variety of testing criteria. The full opening of SEPA channels will be extended to all markets over time.

Bitmain has launched the Antminer S19 Pro+ Hyd with liquid cooling technology that improves mining efficiency. The miner has a hashrate of 198 TH/s. This is a newer model of the Antminer S19 XP, whose hashrate is 140 TH/s.
The specifications of this miner you can find on the official Bitmain website. New Antminers S19 Pro+ Hydwhich will be delivered from May to September 2022.

The price of Bitcoin is falling. After reaching an all-time high in November, Bitcoin has fallen more than 44 percent since then. In twenty-four hours, it fell 8.8 percent. Huge amounts of cryptocurrencies have been withdrawn from the market. People are rushing to sell depreciating bitcoins. Experts have predicted that the price of Bitcoin will start to rise due to high inflation, but it is still falling despite rising inflation.

Billionaire Barry Sternlicht believes Bitcoin could rise to $ 1 million a unit. He says we now live in a world where governments are just printing money. The only thing that they can’t make more of is Bitcoin. Bitcoin is a smart way to insure yourself.

Coinbase now allows customers to borrow up to $1 million using bitcoin as collateral. The Bitcoin you use as collateral remains safe in Coinbase. It is not lent out or used for any other purpose. This credit is repayable within two years.

October was favorable for the cryptocurrency market. On October 20, Bitcoin reached the highest price of $ 66,132 per unit. This jump is driven by growing investor confidence in Bitcoin as well as increasing migration of Bitcoins from short-term to long-term holders and related reduction of supply of Bitcoins.

Analysts predict that Bitcoin mining profitability will increase by about 35% in the short term. It should happen due to the suspension of bitcoin mining in China. So, much of the hashrate from the Bitcoin network has disappeared. As a result, it has created favorable conditions for new companies to enter the mining business.

Mastercard introduces a Credit Card with Bitcoin rewards in real-time. Cardholders will recover up to 3% in Bitcoin or other cryptocurrencies for purchases. More than 30 cryptocurrencies are supported. Rewards will be automatically credited to the cardholder account. Also, there is no annual fee for the card.

The Bitcoin blockchain has experienced its third block reward halving today. The mining reward has now been reduced from 12.5 BTC to 6.25 BTC per block.

The halving occurs every four years. It went down from 50 Bitcoin to 25 Bitcoin per block in 2012 and then decreased to 12.5 BTC per block in 2016. This is the third halving since Bitcoin’s creation in 2009.

The latest Bitcoin halving has a direct impact on miners and will trigger them to shut down mining new Bitcoin because work and resources will need to double to achieve the same reward as before.

Bitpay announced it is going to be allowing customers to purchase digital belongings the use of the Bitpay platform. Customers can now buy digital belongings. Bitpay app customers have the potential to buy BTC and other cryptos through the company’s partnership with Simplex. Bitpay discovered that customers can also buy the supported cryptocurrencies with a credit score card without leaving the application.

Chinese company Alibaba recently proclaimed a partnership with New York-based retail startup Lolli. Together, they require to supply customers cashback premiums within the sort of Bitcoin. With the new service, customers will get back to up to 5% of their purchases within the sort of bitcoins. The cashback is paid solely in Satoshi, the littlest unit of Bitcoin. These are repaid once selected things are purchased online on the AliExpress platform. So, as AliExpress is the largest retail and e-commerce company in the world, this was a milestone for the corporate.

The price has punctured the $8,700 support 3 times over the past four days, increasing the prospect that the worth can drop to the lower trendline of the falling wedge at $8,480. The daily chart shows that Bitcoin had spent the week riding on the 200-DMA, a degree that was lost earlier nowadays.

The volume profile visible vary shows a volume gap between $8,800 and $9,000, which means the Bitcoin might rally three.45% to $9,000, a degree which might bring the worth higher than the 50-DMA and slightly below the Bollinger Band indicator moving average at $9,000.

A move to $9,000 would set a 3-day higher high at the 100-DMA, transportation Bitcoin value out of the falling wedge and probably serving because the initial indication of a short trend modification for investors.

The cryptocurrency market is back to life. Bitcoin roared once more and now around, it looks the expected bottom has been reached already. The premier cryptocurrency crystal rectifier the market during a $40 billion revival in but forty-eight hours. Bitcoin hit $10,500 that was over a four-hundredth surge in precisely over on a daily basis.

Since the pessimistic correction started in late June at $13,900, this can be the largest single-day surge. The corrective channel has currently been broken to the top side. As a result of this, Bitcoin market dominance has come back to sixty-eight. commerce volume spiked massively. Even Bakkt Bitcoin futures jumped by 260% to hit $11 million valuations in twenty-four hours. this implies that Bitcoin performed higher than the Altcoin combination.