Since Bitcoin shook up the cryptocurrency market, many different industries have been quick to incorporate Blockchain technology. Tech giant IBM is spending over $200 million on blockchain research because of the solutions’ optimistic future. Ninety percent of banks in Europe and the United States have also signed up. Blockchain has interesting applications in hundreds of industries, including government, finance, insurance, personal identity security, and gaming.

As reported by Gartner, a digital business revolution across all company ecosystems will be made possible once blockchain technology enters the mainstream. Adopters won’t have to fret over issues like portability, interoperability, and scalability, and it will become technically and operationally scalable.

One popular misperception is that “Blockchain is a system for authenticating transactions or trading, storing, or selling cryptocurrency solely.” There’s more to technology than meets the need. A blockchain infrastructure could pave the way for novel social and economic systems approaches. The use is not limited to cryptography. Without the interference of politics and human error, businesses, computers, people, bots, and algorithms can communicate and conduct business in real time.

Technology based on the Blockchain can be used for both public transaction channels and internal enterprise ledgers. First, let’s define Blockchain and its capabilities, so you can decide if you really need it. 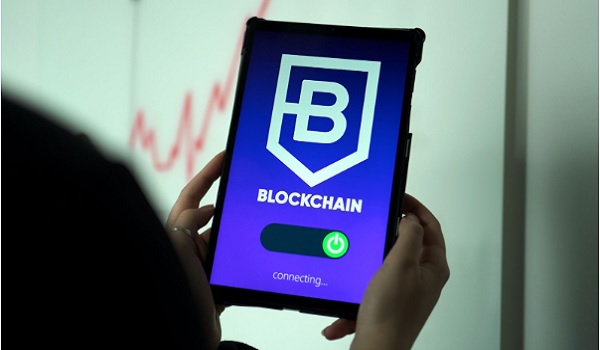 A definition of Blockchain would be helpful.

Blockchain is a kind of a ledger that stores data in blocks linked together in a chain, much like a lego snake. Each block stores data in a decentralized, encrypted, and irreversible fashion. The blockchain network cryptographically connects all of the blocks. Once information is stored in the Blockchain ledger, it becomes decentralized, unchangeable, timestamped, and transparent, such that no one can alter it.

The main advantage is that Blockchain removes the need for a trusted third party to verify transactions. It generates a network of decentralized nodes, the fundamental elements of blockchain design, which communicate with one another via a peer-to-peer protocol. No one who wants to conduct a transaction ever modifies a block or a node. The network is asked to verify and authorize their request.

In different words, Blockchain is a combination of P2P networks, public-key encryption, and distributed consensus that reliably verifies data, making it more trustworthy. If your app is built on the Blockchain, your solution will gain access to all of the advantages of the technology.

Simply said, what is the process of creating applications that use the Blockchain?

Creating a blockchain app is similar to creating any other software. When building apps, Blockchain is just one possible implementation option among several. The early step is to identify the issue that needs fixing. For whom does the problem exist? How about making it open source? Is there an available product that solves the problem? What strategies will you employ to beat the competition? This sort of inquiry will serve as the cornerstone of your business plan.

It’s important to know that compared to a regular mobile app, blockchain development Services take significantly longer to complete. Therefore, especially if this is your first time, you should talk to blockchain developers ahead of time and get an estimate. Let’s dive deep into the topic of blockchain technology development now.

You can begin working on blockchain integration when you’ve developed a solid company strategy.

Examining the Most Prominent Methods for Creating Blockchain-Based Applications

The success of your project and the effectiveness of your application will determine the method you employ.

If you want to build a decentralized platform, you’ll need to design your own cryptocurrency tokens. The infrastructure can be built from the ground up or by slicing preexisting blockchains. Technically, what you’re doing is laying the groundwork for other people to create items on your platform. Various additional developers have created blockchain platforms on top of Bitcoin, Ethereum, Hyperledger Fabric, etc.

If you have a systemic perspective and wish to provide a framework on which others may build their own applications and services, then you need a blockchain platform.
An advantage is that you may learn about and benefit from blockchains by forking existing ones, like Bitcoin or Litecoin, and building your own Blockchain. You’ll have the opportunity to set yourself apart in the blockchain industry.

As a drawback, developing a blockchain from scratch calls for expert knowledge of cryptography and p2p network technology. For a new platform to be successful, much thought must go into its design, development, and community-building. Blockchain development is at the forefront of a process that could take hundreds of hours.

Using this method, you build your program on top of an existing blockchain infrastructure like Bitcoin, Ethereum, Hyperledger Fabric, or something else. You have created a network application that functions on a well-established distributed system. As an illustration, consider EtherTweet, an Ethereum-based blockchain implementation of a Twitter replacement. This microblogging service is decentralized, so only the original poster of a tweet can delete it.

When you need a long-term answer to a specific problem, Blockchain software development is the way to go. No matter what kind of software or API you’re making, you’ll have to build it on top of a single blockchain.

The Blockchain platform automatically manages cryptography and the peer-to-peer network, so you can benefit from it without needing specialized technical knowledge. In addition, you can leverage the resources of an already established group to develop a highly specific answer.

The use of an already-existing platform brings with it the disadvantage of having to work around any limits or flaws that may be present.
Civil applications built on the Blockchain include those in the fields of digital media and journalism in New York City neighborhoods like Brooklyn.

In order to decentralize the funding of journalism and the verification of news, the media organization has developed a blockchain-based media platform. In other words, it’s a reliable resource that the general people run and control. There is no way to alter or falsify news or stories after they have been posted to the Blockchain.
“Doc.ai” is a software company based in Palo Alto, California, that specializes in the fields of medicine and artificial intelligence.

Doc.ai is a platform that aggregates a patient’s health records from many providers (pharmacies, clinics, hospitals, ERs, etc.) into a single mobile app. With this software, users can gain predictive insights about their disease by utilizing their health records and medical literature, thanks to the integration of blockchain technology and machine learning.

As part of its mission to increase visibility throughout the supply chain, Chronicled’s decentralized ecosystem has been actively experimenting with Blockchain and Internet of Things (IoT) gadgets. It’s useful for businesses like the pharmaceutical, commodity, and precious metals trades, where being able to trace where a shipment has been at any given time is crucial.

Determine how Blockchain technology can be implemented to effect change in the production sector.

Fintech (in a circle): Boston, MA

Users can invest in bitcoin and make international money transfers without incurring any costs due to fluctuations in exchange rates thanks to this website.

Discover the Impact of Blockchain and Cryptocurrency on the Financial Sector

When should an early-stage company or an established platform invest in developing a blockchain product?


Technology’s efficacy for one group does not guarantee it will be beneficial for another. Perhaps life would be easier without it. What gives you that information? If you’re not sure if Blockchain is right for you, this guide provides various use cases to consider.

Where does the distributed network stand in relation to the rest of your infrastructure?

You are aware that Blockchain is a series of linked decentralized ledgers. Investigate the benefits and drawbacks of dispersed networks to see if you’re willing to make the leap before making the switch. And, putting in place a Blockchain network is not cheap. For this reason, it’s important to weigh whether or not the benefits will outweigh the effort required to create a blockchain app.

Is honesty crucial for you?

Transparency may be necessary at every point where information is tracked. However, if you rely on third-party solutions, blockchain development could become a burden. If you want all of your platform’s users to be able to independently check the legitimacy of any transactions or data that have been stored or transmitted, Blockchain is the way to go.

Do you ever need to edit or delete a record in your system?

The data recorded in a blockchain cannot be altered after it has been created. If you have a system that allows for the correction of errors or the erasure of records, then Blockchain is not for you.

Want to cut out the middleman?

Does your solution rely on external resources, or can a key issue be resolved without them? If you’re looking for a decentralized, autonomous solution to streamline your operations, Blockchain is the way to go.

Using digital assets in your work?

When your company deals with digital assets, it makes sense to construct your app on the Blockchain. Real property can also be digitized. To create a ledger, for instance, from information about real estate properties.

Positive Predictions For The Future Of Blockchain Technology

Blockchain, along with AI, IoT, and ML, has seen significant growth and looks like a promising technology for a safe tomorrow. Blockchain’s core principles are decentralization, transparency, trust, and security. The system is self-sufficient and more traceable than ever, thanks to cutting-edge technology’s lightning-fast processing speed.

Identity management, global commerce, smart contract integration, cryptocurrency exchanges, and decentralized applications are just some of the ways in which Blockchain is influencing the business landscape. Blockchain has widespread support and funding, from huge tech companies to government officials and IT hobbyists. I hope this article helps you determine if blockchain development is necessary for your business. Leave us a message if you’re interested in learning more about the various blockchains.