Bitcoin was one of the first cryptocurrencies to become well-known (BTC). It was created in 2008 and currently holds the top spot in terms of market share. The BTC market cap was approx $40 billion as of June 2017. The only other cryptocurrency that comes close to matching this is Ethereum.

Bitcoin is a store of value widely recognized and used as a cryptocurrency. As a result, more online shops and eCommerce companies will likely accept Bitcoin as payment. Additionally, several physical establishments have begun to buy cryptocurrencies. Knowing the pros and cons of Bitcoin can help you make the right investment decisions.

How does Bitcoin Work?

Bitcoin is typically kept as a file in a “digital wallet” program on a computer or smartphone. A digital wallet that uses a unique address created by Bitcoin software for each transaction allows users to send, receive, and keep bitcoins; these security measures can overcome the bitcoin scam.

A public ledger known as a “blockchain” contains a record of each transaction. Blockchain enables the tracking of Bitcoin transaction history to prevent excessive coin spending. 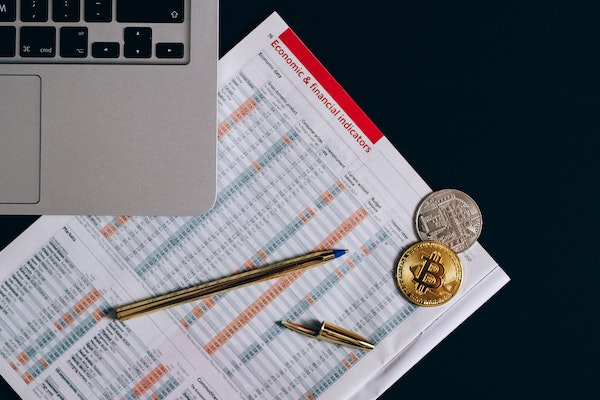 Advantages and Disadvantages of Bitcoin

We’ll discuss the Pros and Cons of Bitcoin. There are many benefits associated with Bitcoin, often referred to as BTC. Its 21 million coin limit, guarantee against inflation, and eye-catching prices provide investors plenty of opportunities to profit. Also, the most widely used cryptocurrency for payments is Bitcoin.

But, of course, there are disadvantages. For example, when transaction volumes increase by more than seven per second, the Bitcoin blockchain infrastructure begins to experience performance problems. Indeed, this is a big drawback, because Visa, for example, performs almost 1700 transactions per second. It is also the most famous cryptocurrency, making it a prime target for hackers and fraudsters.

The Bitcoin network is ungoverned. Each participant in the Bitcoin network implicitly guarantees the protocol’s operation. As a result, compared to established financial infrastructures, bitcoin users have much more control over their personal information and financial data than users of fiat currencies and other digital forms of payment like credit cards. They also risk identity theft less than those who utilize fiat currency and additional digital payment methods, such as credit cards.

Identity theft occurs when bitcoin scam artists have access to enough details about a person’s identity, such as their name, current or former addresses, or date of birth. Due to cryptographic private keys, which conceal a user’s identity behind a publicly visible Bitcoin wallet address, the risk of identity theft when utilizing crypto is low.

The amount of computing power utilized to validate transactions on the Bitcoin blockchain at any given time is measured by the network hash rate, which constantly breaks records.

The Bitcoin blockchain is becoming more resistant to a 51% attack, which ensures that the shared truth of the blockchain ledger is safeguarded. Thankfully, more robust network security has been built, but the potential of a 51% attack is always present. A 51% assault happens when one or more miners control more than 50% of a network’s mining power, computational power, or hash rate. If it is successful, the in-charge miners effectively manage the web and some of its transactions.

A 51% attack would allow miners to obstruct the recording of new transactions, stop them from being validated or finished, alter the sequence in which transactions are processed, prevent other miners from mining coins on the network and cancel transactions to double spend money.

For instance, a double-spend scenario would let miners use cryptocurrency to make a purchase and then undo it later. It implies miners rob the seller by keeping whatever they purchased and the Bitcoin involved in the transaction. But when a blockchain gets bigger, malicious miners have more difficulty attacking it. On the other hand, smaller networks can be more susceptible to a blocked attack. Bitcoin investors can approach bitcoin scam recovery firms for more guidance about this trading.

As certain jurisdictions have done in the past, governments may attempt to limit, regulate, or criminalize the use and sale of Bitcoin. In addition, the constant media attention on Bitcoin’s volatility is another vital deterrent for many traders who are wary of the currency’s potential price decrease. Unfortunately, people still pay for criminal activities and money laundering with Bitcoin. However, covert organizations worldwide are improving their cybersecurity and anti-crypto crime capabilities.

The fact that Bitcoin transactions cannot be untied is not always positive. On the contrary, it can quickly turn into a significant problem in the event of an assault, a botched trade, or a fraudulent exchange of goods.

A fundamental tenet of modern finance is that anything electronic must be reversible. Therefore, bitcoin should also have a “back” button if it is genuinely the internet applied to money. Without an undo/back button, the bitcoin scam can only be avoided. However, it can stop fraud once it is realized that anything suspect has occurred and corrected, allowing it to be detected and minimized.

In contrast, a fraudster user needs the private key to steal $1,000,000 worth of Bitcoin from a business in a BTC heist. Transfers of BTC balances are permanent; thus, if hackers rob Bitcoin, there is no way to get it back. The password for the Bitcoin wallet is also unrecoverable, meaning that if a user forgets it, the funds in his wallet are useless.

What Is The Best Cryptocurrency To Invest In?

There is no single cryptocurrency that is completely better than other cryptocurrencies. Although it ultimately comes down to personal preference, there are several things you might want to watch out for. Consider your risk tolerance. Can you afford to lose a sizable portion of your investment if the value of the currency you’ve picked drops? Do you intend to use the coin to pay for items and produce profits, or is that your only goal? Do you want to invest in a currency with a more significant social or environmental impact, or are you just looking to make money? Simply choosing Bitcoin, the market leader, is a straightforward strategy. It is the first cryptocurrency with the most extensive knowledge base.

What Else Should I Know Before Trading Cryptocurrency?

New investors may find cryptocurrency to be a minefield. This is a subject that requires some understanding, from strange vocabulary to difficult technology. Like everything else, trading cryptocurrency has advantages and disadvantages, but BTI is here to assist. We can show you all the pros and cons of cryptocurrencies, whether you want to use Bitcoin to pay for everyday necessities or another coin to bolster your financial portfolio.

Cryptocurrencies are still in their infancy, and as a substitute for traditional currencies, they are expected to gain popularity. Everyone should know the pros and cons of Bitcoin and other cryptos. Also, needs to consider their level of risk tolerance when it comes to investing, including cryptocurrencies like Bitcoin.